The Challenge of Protecting the Culture, Artifacts and Natural Resources of the Amazon

Museums are charged with the protection of culture, including artifacts and natural resources. Such is the case of the Museu da Amazonia (MUSA). A giant land reserve, 10,000 square kilometers, in the center of the Amazon region. The reserve was established in 1963 and called Reserva Florestal Adolpho Ducke, in honor of the botanist, Adolpho Ducke (1876-1959) who saw the need to preserve the forest. It is part of the National Institute of Amazonian Research (Instituto Nacional de Pesquisas da Amazônia, INPA), whose mission is to further scientific research of the Amazon region. INPA is a vital institution, where new discoveries continue to be made at a rapid rate. Then the Ducke Reserve evolved into a public botanical garden, with trails and pathways created for the public to see the diverse rain forest ecosystem, now combined with exhibits that make the MUSA a 'living museum'.

With the enthusiastic leadership of Director Dr. Ennio Candotti, the MUSA has developed quickly into a place where urban dwellers can experience, and learn to appreciate, the ecological diversity of the rain forest that surrounds the exploding urban area of the city of Manaus. Exhibit spaces dedicated to indigenous survival skills are interspersed with orchid and butterfly areas. Recently a collection of hand-woven fish traps has been on display. Continuously running videos show how they were made on site by Amerindians who came to visit.  Dr. Candotti explains that the MUSA actively recruits young people from the urban neighborhoods bordering the museum to be guides, part of the mission to make the local population better appreciate their special environment. From the top of the newly constructed observation tower (more on that below), the visitor can see urban sprawl to the south, and relatively undisturbed rain forest to the north. The visitor standing on the tower is confronted with the immediacy of development in the Amazon. The MUSA offers a place in which a vision of responsible growth in this region might be incubated.


In the meantime, the nearby city of Manaus has rapidly grown, in a chaotic and uncontrolled way. It is among the fastest growing cities in Brazil. The outline of the protected land at the Ducke Reserve can now easily be seen as in the images below where the city stops at its edge. 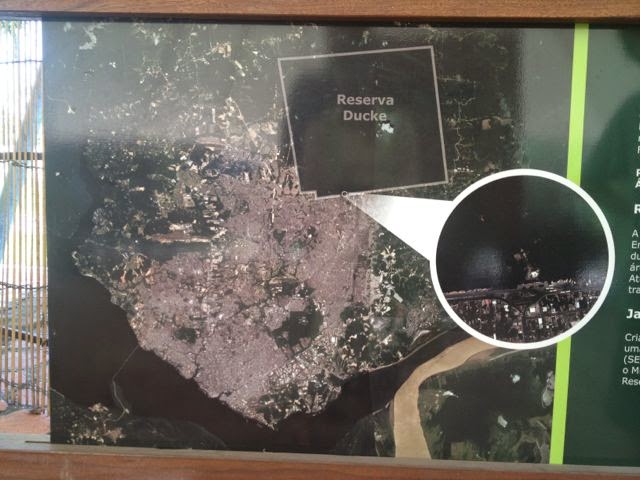 The unprotected borders of the Ducke Reserve could easily suffer human occupation, a small bit here and there. This issue can be found around the world, from Ukrain's Folklore museum, Pyrohiv, to the most remarkable list of the 46 properties which the World Heritage Committee includes on the "List of World Heritage in Danger" found on the UNESCO website. My colleague, Linda Norris has written extensively in her blogs about these various threats and the solutions the museums are attempting to find (see Uncataloged Museum and Museum, Politics and Power.)

Part of the Museu da Amazonia's solution is education, enabling the public to understand fully the importance of the forest, not just seeing it simply as the "wild jungle" or "selva" in Portuguese. By hiring the local neighborhood guides, it is hoped that the people bordering the reserve will take "ownership" of the reserve, embrace it as part of their neighborhood, and will perhaps want to protect it as a means of national pride. From their photos on their Facebook page, family programs are also a large part of their activities.


A major project to build a special observation tower was just completed. As mentioned above, the tower extends above the forest canopy allowing for unencumbered views in each direction. The guided tour goes through the forest canopy, with platforms for long viewing at various levels. This tower will bring the undeniable changes and challenges facing the reserve immediately to the observer. 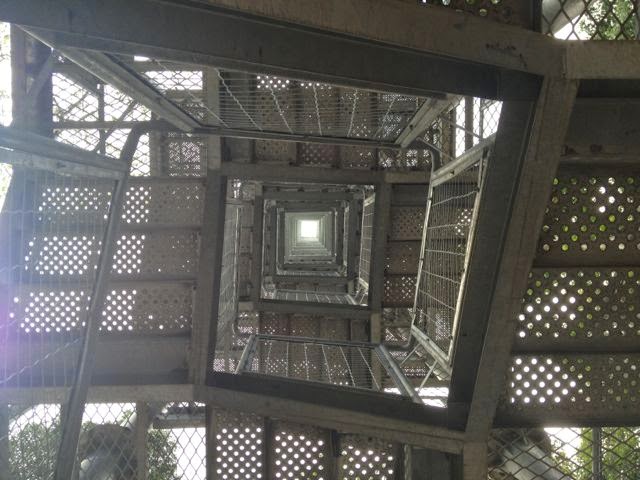 The Reserve is not on the list of world heritage sites in danger.  But without the dedication and advocacy it currently enjoys, that could quickly change.

What do you think?  Can this site survive?  Do you know of similar sites that could be in danger?

Posted by Inside the conservator's studio at 3:40 PM

Email ThisBlogThis!Share to TwitterShare to FacebookShare to Pinterest
Labels: Museums we have visited, Risk Assessment