Historic Amazon cultural treasures and the need to protect them

The Amazon region is full of surprises and variety. The majority of us know about the rich diversity of plants and animals, and perhaps even the region's role in our understanding the origin of species in evolution. Henry Walter Bates and Alfred Russel Wallace made many scientific discoveries in the Amazon that rivaled and ultimately complemented Charles Darwin's great insight. In the last few decades researchers have realized how early this region was settled and the landscape altered.  Recent work on the "black soil of the Indians" has demonstrated how Native Americans manipulated their environment to make the soil more fertile. Large regions in the Amazon Basin were totally changed well before the arrival of the Europeans. Deforestation, which began and has continued since the arrival of the Europeans has not been an equally beneficial landscape alteration.


I recently had the amazing experience to visit one of these sites, that is believed to have been inhabited as long ago as 11,000 years. In the early 1990s, Dr. Anna Roosevelt of the Field Museum and the University of Illinois excavated area caves and carbon dated the materials.  Her work overturned the idea that the jungle was not a virgin forest that was simply inhospitable and therefore, uninhabitable by humans.

In the middle of an island of natural savanna along the north bank of the Amazon River near Monte Alegre, in Pará state Brazil are a number of striking sandstone formations. After staying for weeks in the vast and nearly level expanse of the lower Amazon Basin, coming upon such formations is quite a surprise. This unusual region with tall rock outcroppings is a place that offers long vistas of the Amazon channel. This area is the southern beginning of the Guiana plateau that continues north to the top of South America. Early on, the Portuguese established a town close by, Monte Alegre, 50 miles downriver from Santarém. This region was once ocean floor, part of an expanse of water that linked the Pacific with the Atlantic.


These same rock formations were used by these early cultures. Among the surviving evidence of their presence are the amazing paintings, among the earliest cave paintings in the Americas. They are called the Caverna da Pedra Pintada, or Cave of the Painted Rock. 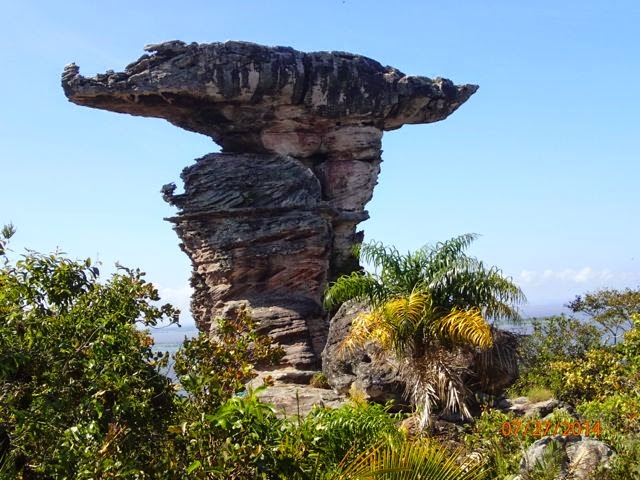 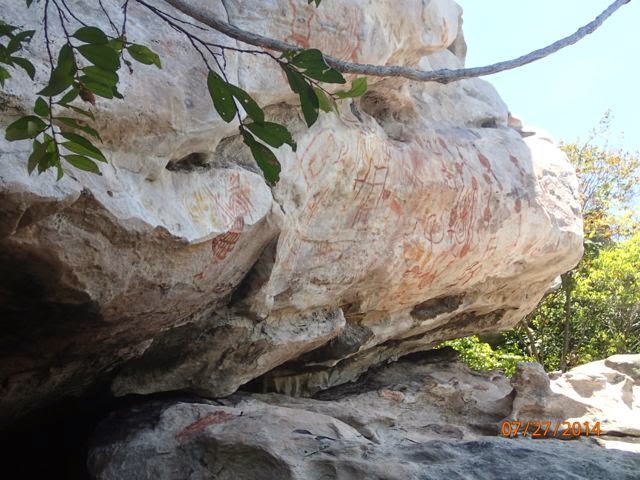 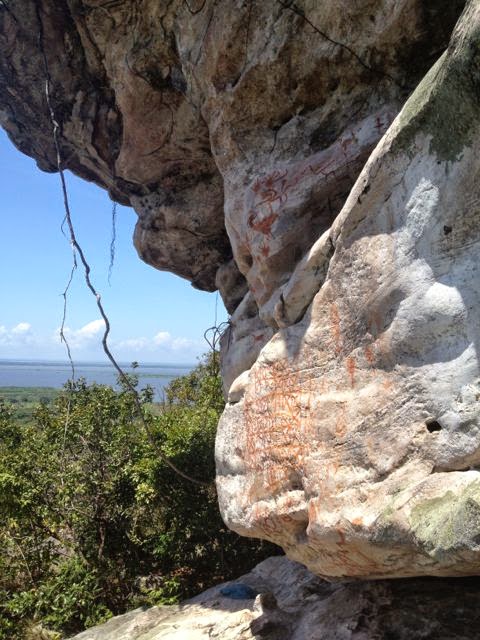 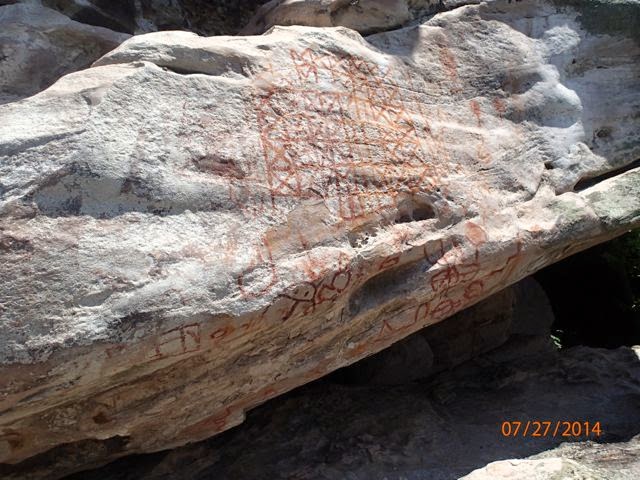 Yes, that is the Amazon River in the background.

This is all intensely interesting, but what became clearly apparent, just like the Museu da Amazonia (See earlier post), this site too is in severely threatened. It is true that the roads are not good--a four-wheel drive vehicle is needed to reach the site--but for the Amazon, I have seen worse. There is no sign to direct you to the region or the park, though our guide, Roberto do Deus, said that one is in the works, as is a plan to make the Monte-Alegre State Park a more viable entity. Though well-worn paths lead you to the various locations, we were extremely fortunate to have a guide with 20 years experience at the site, what Roberto calls his '"University of the Painted Rocks". Some of the popular caves can be reached on an easy walking path; others required much more stamina. In such a hot and humid environment, consuming lots of water was essential.

Presently there is no security on site, so there is nothing but the good will of the visitors to prevent vandals from defacing these treasured and ancient paintings, truly a national cultural treasure. 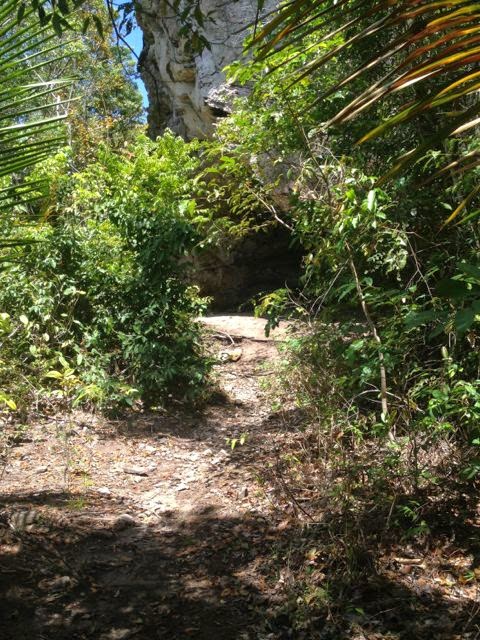 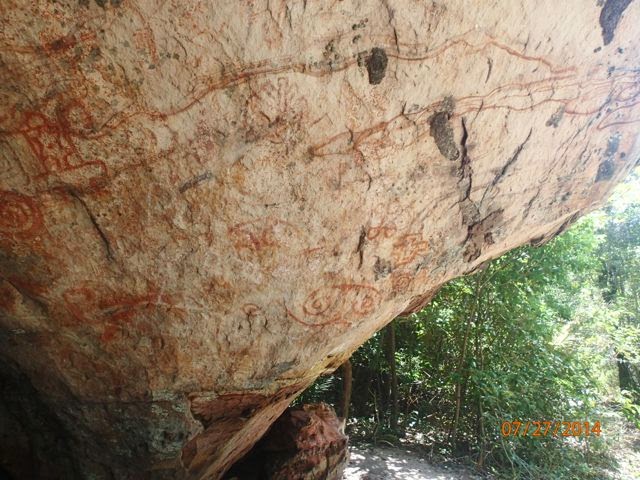 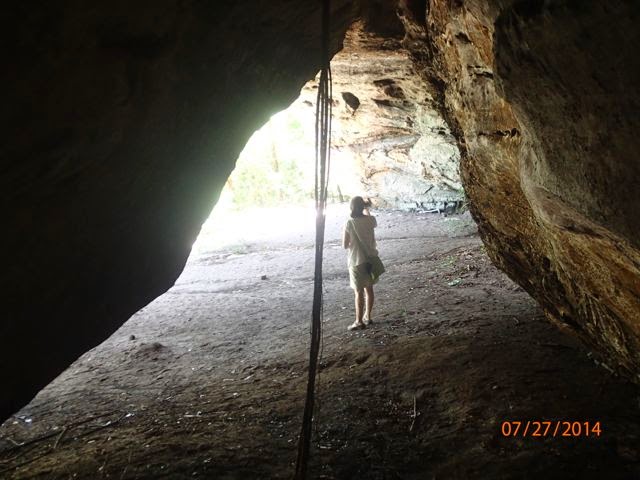 Monte Alegre is a small town and is not growing as fast as a major city like the Brazilian city of Manaus, but it is none the less in the grip of change. It is now a small community, where people still sit out on the sidewalk and talk across the street to their neighbors and the plaza is filled with people at night amid small stands selling home made foods. Walking the streets, walls around houses were low and one had less of a sense of insecurity one feels in the larger cities. Kite flying is a popular past-time for children and adults alike. An improved electrical service is coming soon to replace the local generator, and the Federal University over Western Pará based in Santarem is opening up a satellite university. These are all great improvement for the community, but locals fear that with these will bring changes and additional people unfamiliar with local customs and respect for the archeological sites.

An increase in tourism will follow, and the need for it to be regulated will become necessary, simply because more protection is needed of these historically important sites.

Nothing is present to prevent touching or marking these pre-historic cave paintings. How to do this would require research preferably without creating additional issues. A extreme solutions was performed at Grotte Chauvet in Southern France. For this site, becoming a Federally owned park is probably the first step where more funding and resources could be available. Such was the case for another Brazilian cave painting site that then became a World Heritage Site. Whether such level of protection is possible here, is yet to be known.

Our guide, Roberto do Deus and others seek to find this balance, allowing more visitors to learn, but also for the community to have respect of these unique and special sites. We only hope that they are successful! 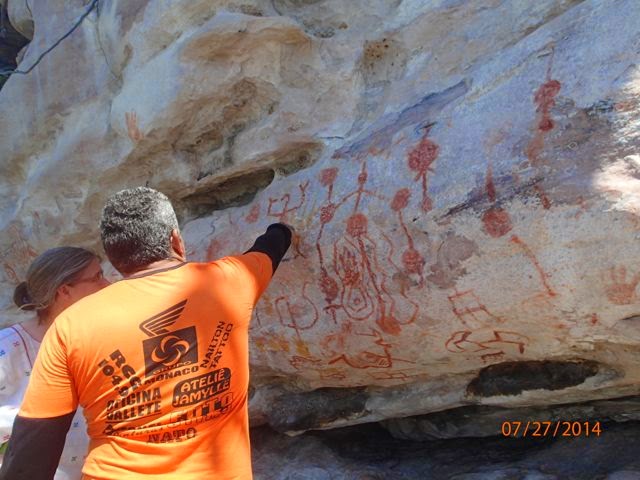 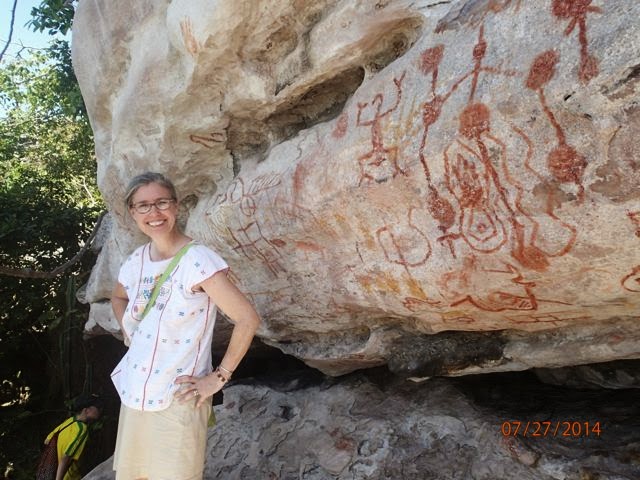 A proposal for the Monte Alegre Park facility is in the works that would have integrated areas, where visitors can meet, complete with rest areas with benches. A building would have exhibition space, work areas for education workers, and bathrooms. Read more about it on Roberto's blog www.montealegrehoje.blogspot.com.br 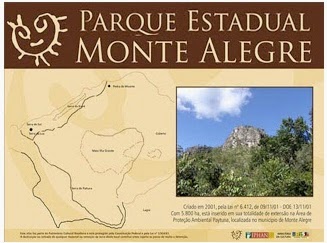 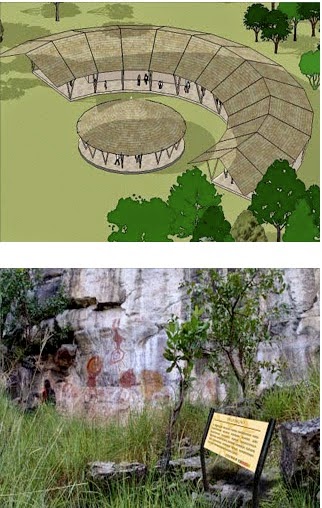 Posted by Inside the conservator's studio at 1:30 PM

Email ThisBlogThis!Share to TwitterShare to FacebookShare to Pinterest
Labels: Museums we have visited, Risk Assessment