Conserving, then mounting a pair of Leather Gloves with magnets

It has been a while since we at SAC have blogged about magnets. But that is not because magnets have not been on our mind! In fact, we have been quite busy working with them. So we thought that we would share a magnetic mount that we have recently designed. And with it, discuss the idea of using a Universal Standard Language to discuss magnetic mounts, so that they can be understood and replicated by other conservators and mount makers.

The pair of gloves to be mounted had been worn to Abraham Lincoln's funeral on April 19, 1865 in Washington, DC by Robert Van Valkenburgh, a United States Congressman from New York and a Union Army officer. 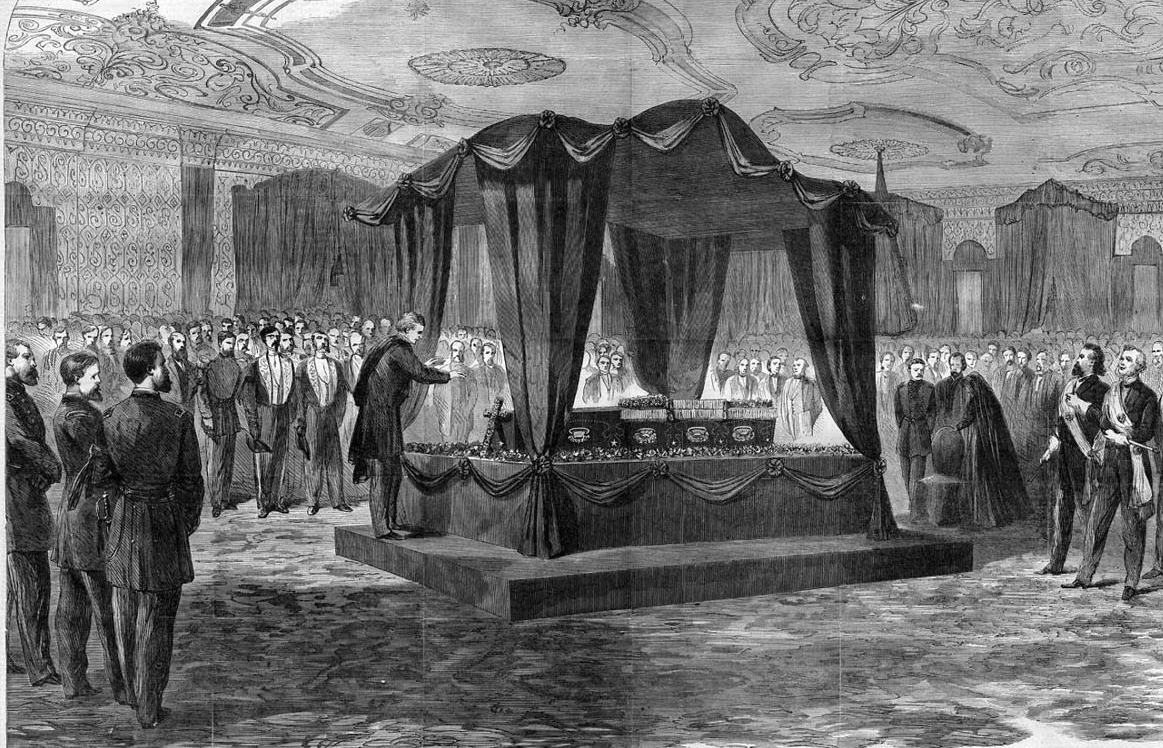 The gloves are Paris made, as indicated from a stamp that appears inside one glove. They have been owned by the New York State Military Museum for many years and had been in a museum display in the early half of last century. For their upcoming exhibition, the New York State Millitary Museum wanted them again to be included in a short-term display. These 150+ year old gloves are made of fine thin leather, and both gloves together are quite light in weight.

After some humidification, a mount was created where one glove was palm down and the other was palm up. The gloves were quite stiff and misshaped from being wrapped and stored flat. Holes were present from a previous mounting method. The once black color of the outside of the leather had begun to powder and flake, mainly along the fold lines. Due to their fragility, a mount using magnets was created.

Once the shape of the gloves were determined, an internal form using Nomex was created for the fingers and palm for each glove. The thumb was supported separately. Attached to the Nomex were stitched two "L" brackets. They were positioned to support two of the fingers (image below).

The brackets were both stitched with button hole thread (top photo above) and covered with foiled paper tape (directly above). The edges of the brackets were outlined with Volara framing tape in order to cushion the hard edges of the steel bracket. This was to be the side that faced the mount. The visible side of either glove was carefully padded out with layers of 1/4" Volara foam.


Much can be discussed about the nuances of the internal support and the creation of the mount. Both of which are also important, but for this blog, it is the magnet system that we are focusing on.

Block shaped, 1/2"x3/8"x1/8", N42 Neodynimium rare earth magnets were used and secured to the mount. I have begun to think that magnets should be secured to the mount rather than incorporated with the artifact.  For one, the mount can be reused, and having the magnet positioned in place could potentially be useful. Where as if installed in the artifact's internal structure, the magnet might stay there. With the cost of rare earth magnets increasing, and also with the unknown long-term effects, magnets kept within artifacts might be ill advised. Also, keeping an "active device" such as a magnet inside the artifact may cause inadvertent harm. What I mean is that we at SAC often speak of the "one-mindedness" of magnets. Magnets are always "on", and they will jump to a receiving metal as quickly as possible. If you did not know that an artifact had a magnet inside of it you could place it on or near something you actually do not want it to magnetically attach to.

In each of the papers I have published, or any of the presentations I have given, I talk about magnetic systems as being a three part system; 1) the strength of the magnet, 2) the ferromagnetic material and 3) the gap. As a means to begin to clearly illustrate my system to others, a form of language to describe the system is necessary. How do we begin to think about and write the three parts of a system? Below is my attempt to begin a discussion. The mount description is in brackets and begins with the bottom most layer first. The artifact is listed in italics and the internal structure within the artifact follows within the braces (aka squiggly brackets).

Is this word diagram of mount layers (illustrated below) sufficiently explained so that another conservator or preparator can recreate this magnetic mount? What part of it is not understandable? How does this need to be changed?

Learn more about magnets and their many uses in the new publications Magnetic Mounting Systems for Museums and Cultural Institutions. Available for purchase at www.spicerart.com/magnetbook.
Posted by Inside the conservator's studio at 1:29 PM