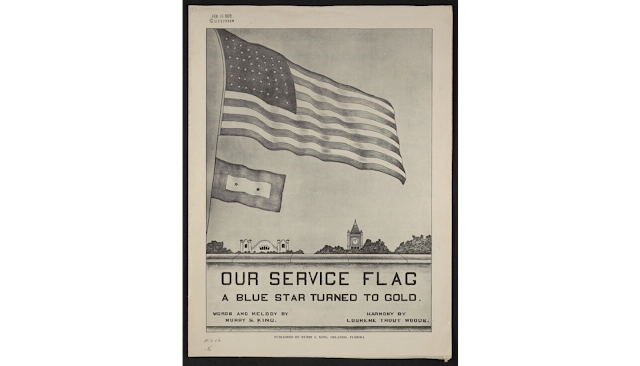 Over the years at Spicer Art Conservation, we have seen many types of service banners or service flags that were meant to be displayed by service members' families. First used during World War I, the banner was designed and patented in 1917 by U.S. Army Captain Robert L. Queisser of the Fifth Ohio Infantry, in honor of his two sons who were serving in that war. With subsequent use, their design and sizes were standardized and codified.

These banners were widely distributed in the home front, but lost favor during the Vietnam War. There has been a resurgence in their use since the first Gulf War. For example, the Silver Star is a tradition begun in 2004, marking service personnel who were wounded.


The idea of commemorating members of a group has a tradition with GAR roll of honor as a means to honor valor and bravery of members.

"The Service Flag of the United States," http://www.usflag.org/history/serviceflag.html, accessed January 12, 2019.
Posted by Inside the conservator's studio at 10:46 AM