What do you do when you are asked to perform the seemingly impossible? You bring in the troops.

Much of conservation and museum work is about team work. Spicer Art Conservation, LLC recently completed a project that encompassed the conservation and mounting of 28 military artifacts. (you might be reading more about these artifacts in upcoming future blogs, and if you missed it, check out our recent blog that discussed just the hats that were treated in the project: "Conserving, Storing, and Mounting Hats"). 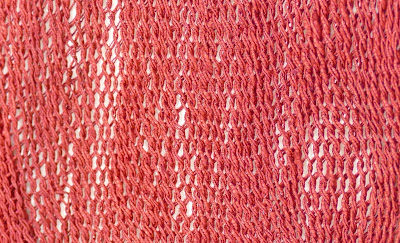 Left: The Silk Sash as it appeared before treatment.

Above: A close up of the weave structure of the Silk Sash. Sprang weave is unique, and while the sash may appear to be a knitted textile, upon close examination, it is not.


For this particular artifact, the curators from the owning institution desired that the Silk sprang-weave Officer's Sash would be mounted as it was worn by the officer. The difference between this request, and other more traditional mannequin based mounts, is that the sash was to be mounted alone, without any other artifact. Instead the sash would be displayed on a singular, custom designed and fabricated, three-dimensional mount that appeared to float in midair.


We were given a sketch of the concept (see above) and the rest was ours to design and execute. Luckily, we were working with the very talented staff of Brigid Mountmaking on this project. A member of their group, Deanna Hovey, came to the studio and we soon worked out an idea. The mount would meet the needs of the curator's display concept, and at the same time, would provide full support of the long sash. The mount would then be fabricated by Deanna and brought back to Spicer Art Conservation later for covering with show fabric, and a final fitting of the sash.

The sash was fully supported because of the method it was placed within and wrapped around the custom mount. But as that the actual duration of the exhibit was not fully known, additional anchoring stitches were placed at the waist. This was a safety feature to ensure that the effects of gravity would be lessened. Of course the stitches were carefully placed so as not to penetrate the yarns of the sash, rather they anchor loops of the stitches to the mount.


The display of this sash was a different approach than the way other silk officer's sashes that have been prepared for exhibit at Spicer Art Conservation, LLC. These sashes are amazingly stretchy (thanks to the sprang-weave) and much like this one, appeared on American officer's waists as early as the Revolutionary War. In fact, we have treated officer's sashes from the War of 1812 and the American Civil War. If you would like to know more about officer's sashes, check out our blog post that discusses them in depth, particularly the characteristics of sashes from different eras and conflicts: "How do you know? Dating a War of 1812 Sash".

Look for Gwen's book, "Magnetic Mounting for Art Conservators and Museums",  to be released in 2018.

Posted by Inside the conservator's studio at 2:13 PM