The conservation of a LIBERTY flag

By Gwen Spicer and Barbara Owens

237 years of freedom and independence. Each year at this time I am in awe of our forefathers, not just the famous ones, I mean the farmers and tailors, the blacksmiths, the coopers, and the like. These are the men who were not among the influential, yet these are the colonists who made the revolution for independence not only happen, but be successful in the face of what seemed to be certain failure.

The Sons of Liberty were composed of these very men. Their story begins with Liberty groups springing up all over the colonies originally in opposition to the Stamp Act of 1765, and then in growing opposition to other unfair taxes (tea, intolerable, etc) that were being imposed onto the colonies without their consent as they had no representation in Parliament - hence, the iconic phrase: "No Taxation Without Representation". 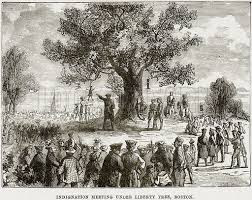 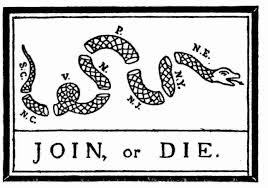 Now to the top of the Liberty Poles, where you would begin to find one of the earliest flags to unite the colonists - The Liberty Flag. These Liberty Flags are the flags which first stood simply for, what else?  Why, Liberty of course! The idea behind the flag is that the colonies were united in their belief that they could not be subject to British taxes being levied on the colonies alone, and not give colonists representation in Parliament. These particular flags were as simple as the message - a solid background, probably red, but many were blue, with white letters of silk ribbon spelling out "LIBERTY" in capital letters. Other Liberty flags have 9 vertical red and white stripes representing the nine colonies (1765), and some have the image of the snake cut into nine parts. And even others depict a solitary great tree.
(See images below) 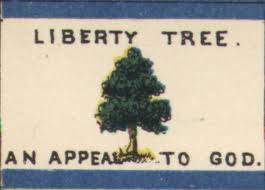 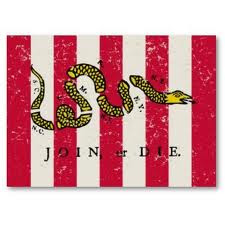 In true early American style, there was no rule for the design of these flags, and I suppose for the colonists the message was more important than what it was written on. I love that these flags were not respected by the English. Written records exist that indicate when a flag of this kind was captured or cut down from a liberty pole, English soldiers would mock the flag as there were no two alike and that they looked like they were made from draperies or perhaps an old ball gown. How fabulous is that!? The flags did not merit their respect, but wherever they went in the colonies, these flags were there. While that probably should have been a "red flag" to the British soldiers that colonist throughout were woefully dissatisfied and were uniting under a single message, the colonist continued to be underestimated.

If I have not mentioned before, Spicer Art Conservation has carved out a wonderful niche in that we have the honor of treating a tremendous amount of flags, some of which are the most notable symbols from our nations history. I cannot tell you how exciting it is to be invited to treat these legendary artifacts, other than to say each time it is obvious how special these flags are. I completely understand how vexillologists and avid collectors are as passionate as they are.


I have treated revolutionary war flags, but perhaps the oldest flag I have ever treated is the pre-revolutionary "Liberty Flag" from the Schenectady Historical Society. There is no absolute date for the manufacture of this flag, but as they appeared just after the stamp act of 1765, I think it is safe to say this is the oldest I've treated. As far as I am aware this is the only Liberty flag left from the pre-revolution days of the Sons of Liberty. The Liberty Flag survived only because it was carefully and lovingly kept by a family for many years. Not a unique story in that any of the flags that have survived through history have a similar background - they are  given a place of honor, they are carefully kept and brought out only on very special occasions, therefore limiting their exposure to light and excessive handling.

As you can see from the photos, the Liberty Flag has areas where very little of the fabric is left. I have read that this is because the family who held the flag received a request to have the flag displayed at a fair in the 1800s (I do not have a lot of details). However, the flag, was not so much displayed as it was run up a pole and allowed to flap in the wind and cook in the sun - OH NO!  No wonder the lower fly edge is so shredded. I wonder what condition it would be in if that had not happen.

Each time I treat an American Flag, it says a great deal about the time in history it was made. The number of stars of course is the most indicative factor to determining it's historical timeframe. And sometimes those stars are scattered across the canton in great designs. And the various fabrics, the lindsay-woolsey, silk, cotton; and the sewing styles - machine or hand, each lends a hint to when the flags were being constructed.

For me the Liberty Flag is the enduring symbol of independence. It is a symbol of revolution at its finest and it is a testament to the underdog. I also love that the United States has such an interesting history of flags that have represented our nation. So many colors and styles and designs, each of them similar, yet different, but each a statement of how fiercely independent we are as a people.

Read more about the Liberty Flag in this great blog: http://gremsdoolittlelibrary.blogspot.com/2012/01/liberty-flag-in-schenectady.html